Out in the mall with the daughter. So far we've been to
. Apple Store
. Bershka
. Seattle's best coffee There has been a major organizational/structural change announced in the kitchen while back. From the change announcement that was published, it said it is a major strategic move that would look towards 2025!

Will have to wait and see what other changes in the pipe-line for the functional/ operational areas in the business, which may potentially have an impact the way we do our business. Watch this space!

I’m sitting with iPad in my favorite spot at home - on the big sofa and typing this up, while I see Stephie is seated in her favorite study corner at home doing revision for her uni exams in May. I quickly captured this photo without her knowing 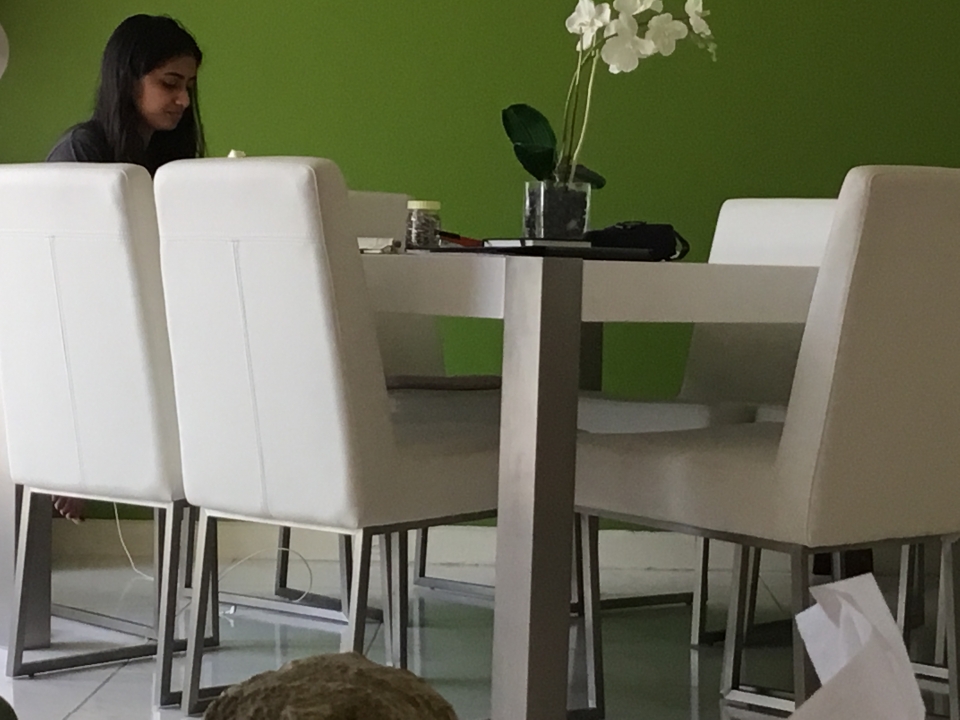 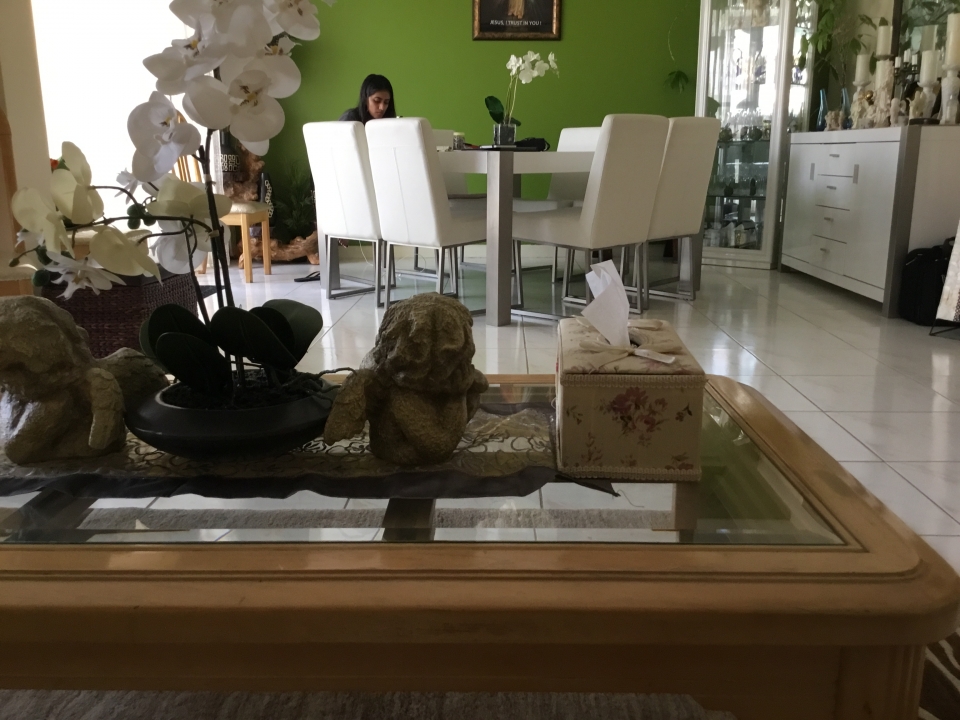 Our daughter ís on her way here coming home for spring vacation.
She's just checked in to the flight arriving tonight 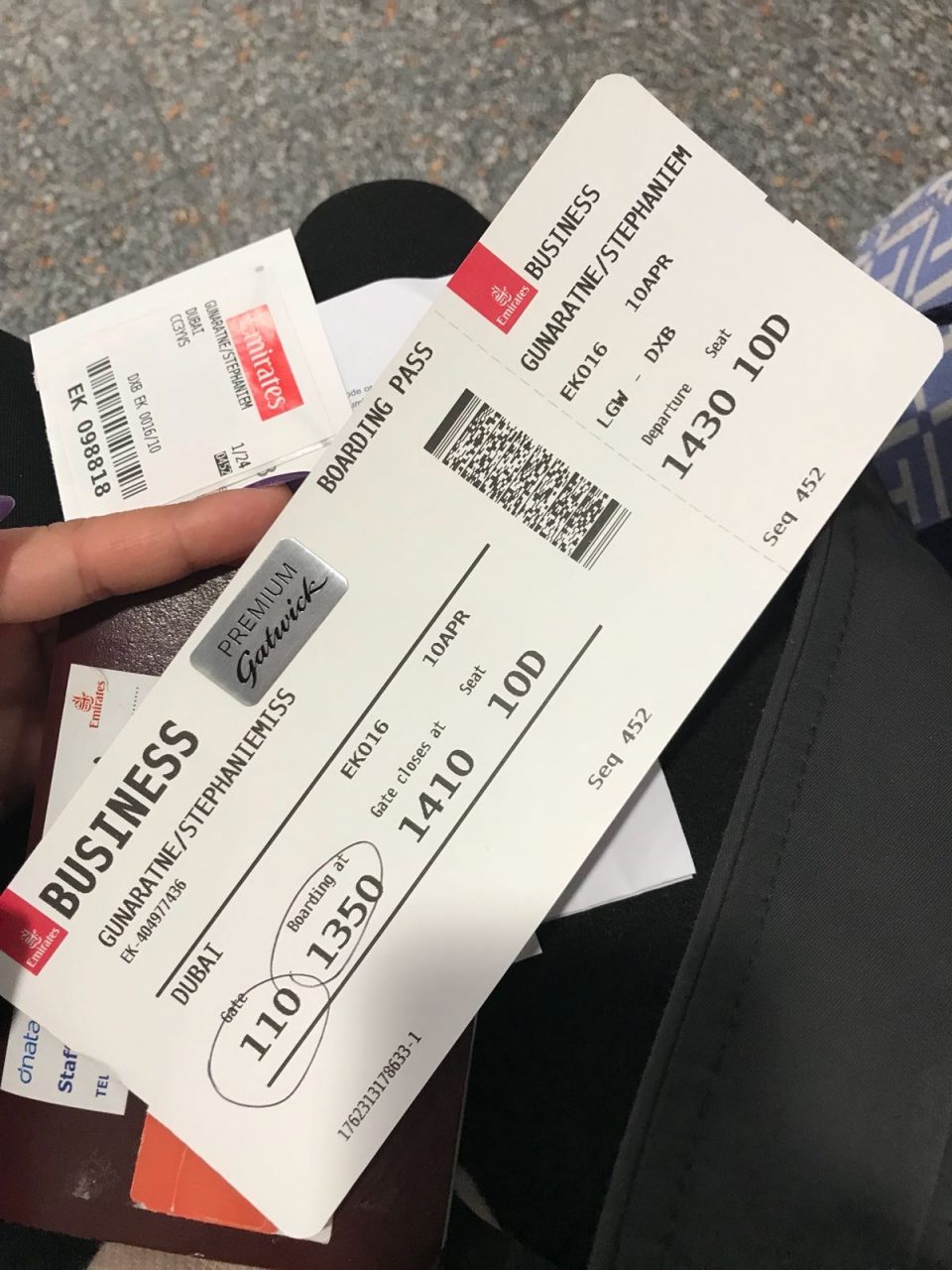 Update @ 19.09h
Mum has prepared the young lady's room for her arrival in a few hours time. 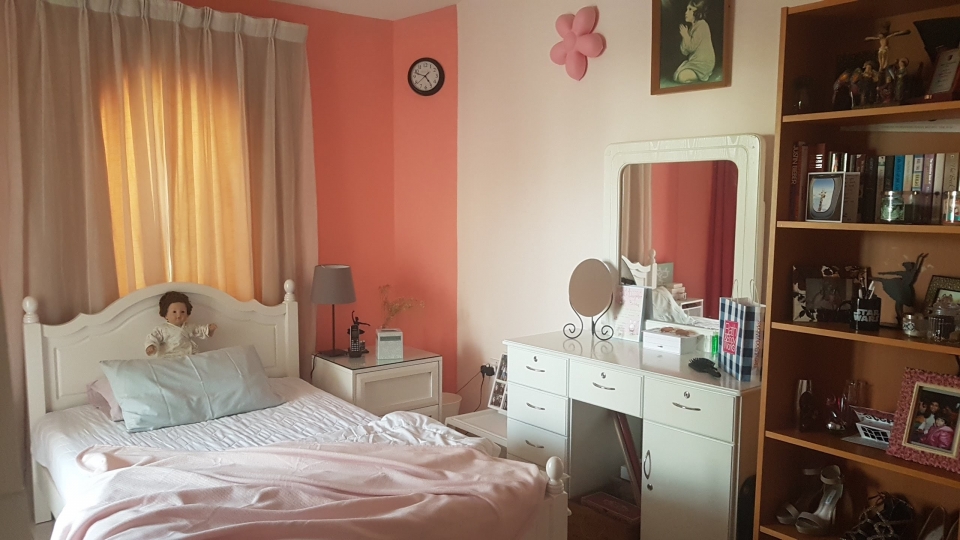 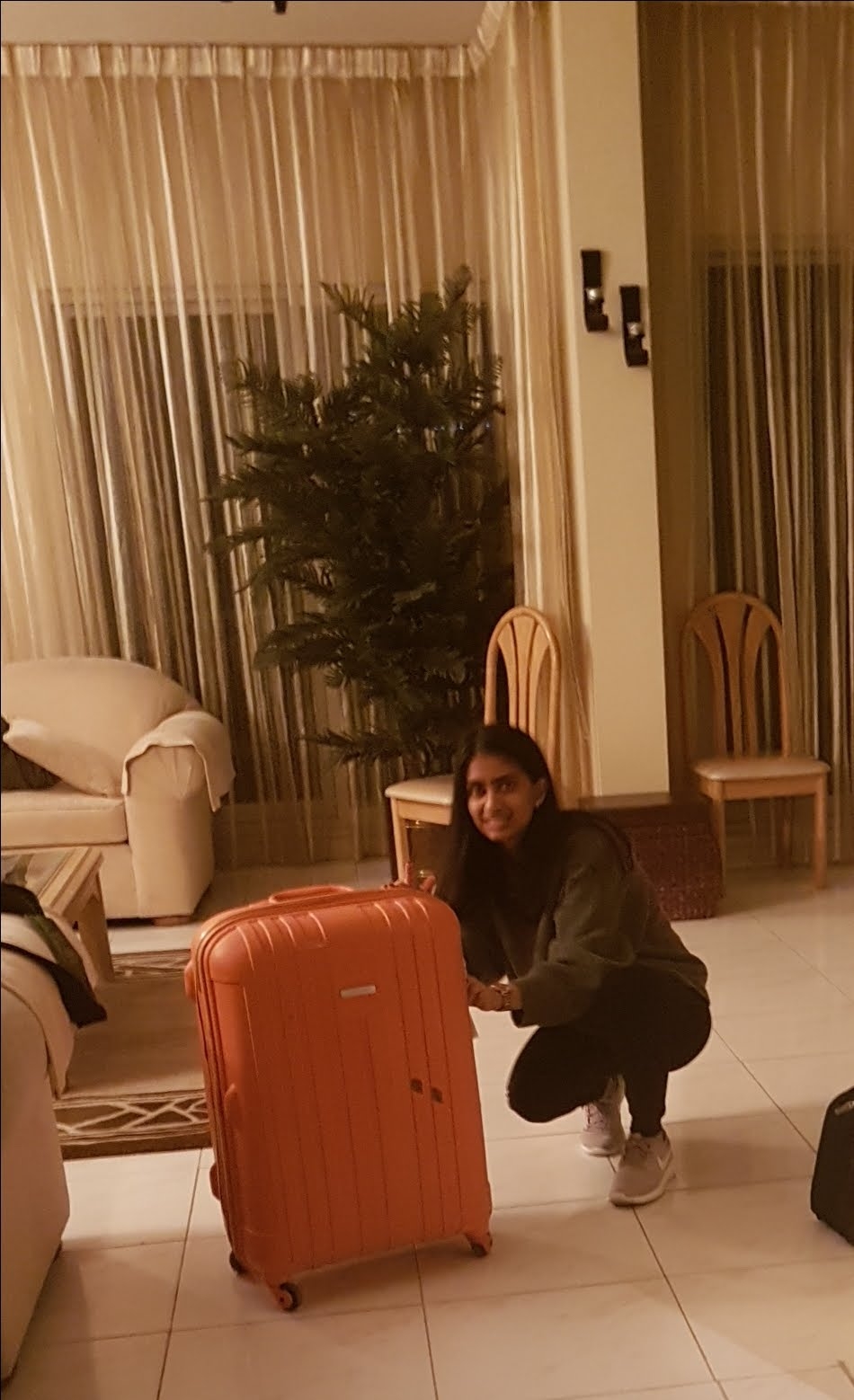 I had just got up from my afternoon nap, when my cell phone rang. Picking it up, I saw, it was mother's cell number. For a moment, I thought, what was up… I cannot remember a time that my mother had called me! It has always been other way around - me calling her. Not complaining, but it's one of those things.
Anyway, when I picked up the call, she said, that she heard the house phone was ringing for very long time as she was walking in to the house from Budugeya1 and when she reached the phone instrument, it stopped. So, she assumed, it was me who was trying to call; hence her call to me.
Finally, I called her back and we spoke about her health, current rainy weather in Sri Lanka and also dad's death anniversary function. In ending the call, we wished each other wished me good health!

Personally, the month of March, started with me again starting to keep a daily journal on Journey App and I've been pretty much consistently journaling since then, though mostly very short journal entires. I also improved my blogging habit by keeping up with microblog with a daily microblogging. Speaking about microblogging, I also set up a custom domain there.

Health front, I had physiotherapy sessions almost entire month, extending from initial 8 sessions to 16 sessions. Out of the 16 sessions, I had completed 10 sessions during the month of March and another 6 sessions carrying forward in April. These sessions seemed to have relieved the cervical pain, almost totally disappearing. I also had to do a few excersises as prescribed by the Therapist. I also had an appointment with the Neuro-Spinal surgeon on March 19th and according to him my right hand was weaker than the left hand. Hence the extension of physiotherapy. During the visit the nursing sister checked my BP and it was 127/64

My birthday was on the 25th. So, on the 24th, we hosted lunch & drinks to Ravee & family and Lasa. It was indeed a simple & quiet gathering. In the spiritual front, though I haven't been going to church regularly since January this year, I made it up on Good Friday and Easter Sunday. Prior that we also hosted prayer meeting at home on Thursday before.

From the work front, it was not at all a good start to the month, having to pull back an software enhancement that I was very much excited and looking forward to. It brought me lots of stress in the 1st weekend of the month and had to make quick business decision to mitigate the impact to day to day operations. On a more positive note though, the SPML loading trial on A380, which I project managed went on well as planned in the week of 4th to 11th March 2018. One of the highlights was that for the first time ever, I initiated seeking feedback from our Catering Partners about the trial from their perspective. The feedback received was good. During the month, I also spent quite a bit of time, specially on Wednesdays in the kitchen, which helped me to achieve a few of my work goals.

Earlier in the month, I also facilitated a kitchen tour for a the Cabin Crew, in covering up for the person who actually does it as he was reportedly off-sick.

As for the month of April, we are looking forward to having Stephie coming home for her spring vacation for little less than 3 weeks. There aren't any other plans for now, though the annual picnic of the church folks is scheduled for next weekend, which I might also consider participating.

Updated post
10C Server has changed from AWS to Japan, Jason informed us earlier today. With that we were requested to remove CNAME record and add a specific A Record in the DNS, of which I've just done in Cloudflare. Let's see it will all work now. Cheers!

Since I have been having issues with loading micro blog over the weekend, I thought the problem must have been resolved by this morning. I checked just now and it isn't so. The issue still persists.

Am so proud of my BIL Harish 1 He has been through lots of tough times in his life and career. After getting connected with him earlier this evening, I understand he's now got a new career advancement in a new company, which he'd be able to fully utilize his knowledge, craftsmanship, skills & experience. He has always been an honest, dependable gentleman for any employer. Personally, he is such a kind hearted soul. The qualities, I have seen in him is unmatched. I'm so pleased about his new venture and hope he will continue to show his colors in his area of expertise.

Harish is 1st one from the left in the image below 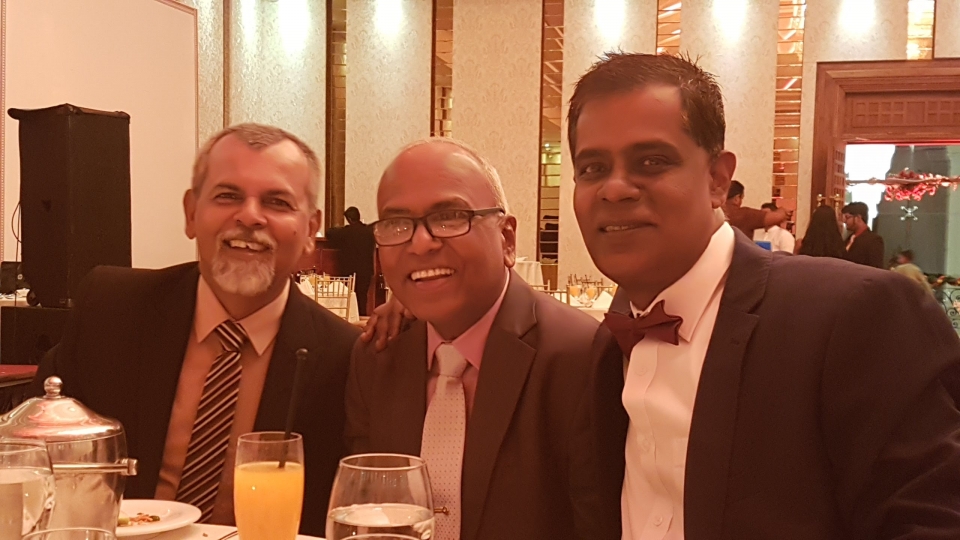 Mom still sends me a greeting card for my birthday, every year though I receive it past my birthday.