Trying out another GTD type of app ~ Nozbe

So I found this app called Nozbe to manage tasks and to do stuff in more GTD approach. Looks a bit similar to OmniFocus; but what I seem to be liking, in particular so far is availability of Nozbe app across wider platforms as well as web access. Sync between devices too is very fast.

[friends] this picture was taken when I visited Sri Lanka in last August and had been out on a weekend road trip with my best buddies Senaka & Malik. 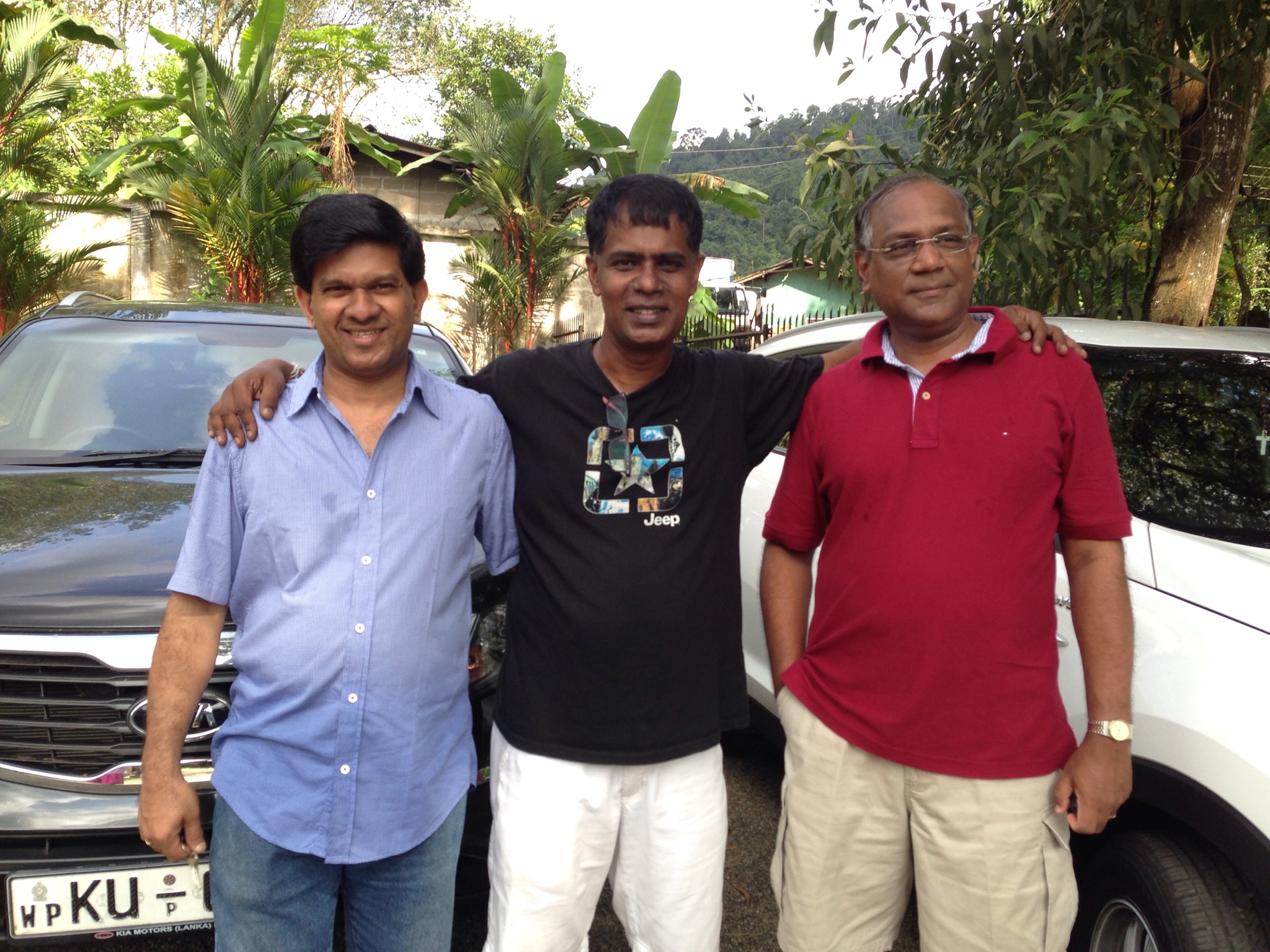 Well, this looks simply beautiful. I'm hoping to be able to micro blog as often as possible. Lets see how this quick blog post get there :)

Want to try out your blogging platform

Want to try out your blogging platform

My iPad short while ago showed up On This Day showing a bunch of photos in iOS Photos app. These photos were taken about six years ago, during a flight kitchen visit, I believe to Rome. It is sad, that iPad had to remind me of these memorable events. Though most of these photo events aren’t of any much significance in my life, they are important to be remembered and cherished in my career in the industry. During these visits to the flight kitchens , I have been fortunate to being able to experience all different and diverse culture of people, human interactions, food, infrastructure and processes. I had to adapt to different approaches in the way which I had to communicate and interaction with various level of people employed in these organizations. Whilst almost all of these flight kitchens met the industry standard level of food safety & hygiene, not all places had a level of infrastructure in terms of plant & equipment capabilities.

I met Sumuk, when I was in Grade 5 in my  primary school - Carey College, Colombo, Sri Lanka. We were good friends in the Class and I remember, it was always either Sumuk or myself were the top in our class in our term tests. I also remember, like my mom, his mom too came to the school to pick us up everyday when we finished school. Then, in 1975, among other children in the Class, both of us did Scholarship Examination held for admission to much glamorous high schools in Sri Lanka - Royal College & Ananda College. We both got through our exams with flying colours and got an opportunity to select either one of those high schools. Sumuk selected Ananda College, whilst I opted for Royal College.

Then it was after a couple of years I had  started my first job at then Air Lanka and I was still a young In-Flight Services Agent , one evening in 1985, during my night shift  to my pleasent surprise, I bumped into my good old friend - Sumuk who too had just joined the same company as a Flight Operations Assistant. I met him with one of his another buddies - Dilantha from the same school. Since we met again, friendship between Sumuk & myself grew and we used to catch up both at work and outside work.

I left Air Lanka & Sri Lanka in October 1991 to join Emirates, whilst Sumuk moved to the UK on a posting at London Heathrow Airport to work for Air Lanka as a Flight Operations Assistant. When he completed his posting and after moving back to Sri Lanka, Sumuk decided to take up a position with Emirates on 2 year contract basis.During his stay in Dubai we used to meet up quite often and talked about wide range of topics.  On completion he moved back to Sri Lanka to get married to Ruwanthi.

Sumuk is now a permanent resident in Canada with his wife and the son. He has been living and working there since early 2000(s).  It was great that both Sumuk and I managed to catch up again a couple of years ago, when we had our family holidays  with my little sister in Canada in 2012.I think the photo below was taken soon after we finished a BBQ at my sister’s place; perhaps that’s why we both look a bit aged. Sumuk has always been a very intelligent, polite & decent gentleman and a fantastic friend indeed. This post is back dated to the exact date this event took place. Though I'm writing this on July 14th,2017, our friend Nishantha 1 whom Ajith 2 and I visited in August 2009, is no more with us. Nishantha left this world quite unfortunately in July 2015 while he was on vacation in Sri Lanka. Ironically, he died just the day before he was supposed to return back to AUH.

Nishantha was known to me for more than 3 decades, since I first met him at Air Lanka 3. He has mostly been very quiet gentleman and a kind person. When I first moved to DXB, I also shared an apartment with him and his family. Later, my wife also joined with me to live there.May he attain supreme bliss of nibbana! 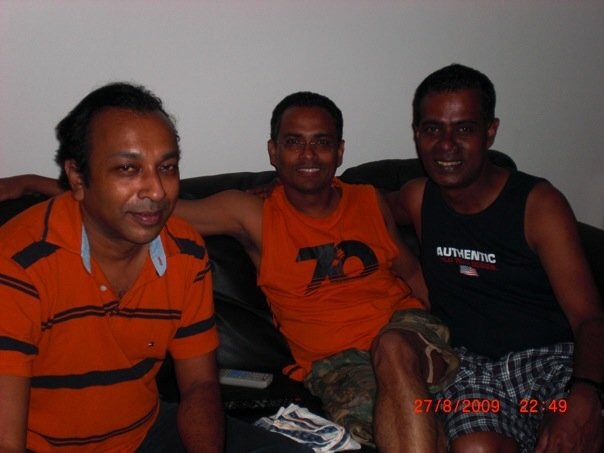 Sweet! Look what I found on my desk getting back from work 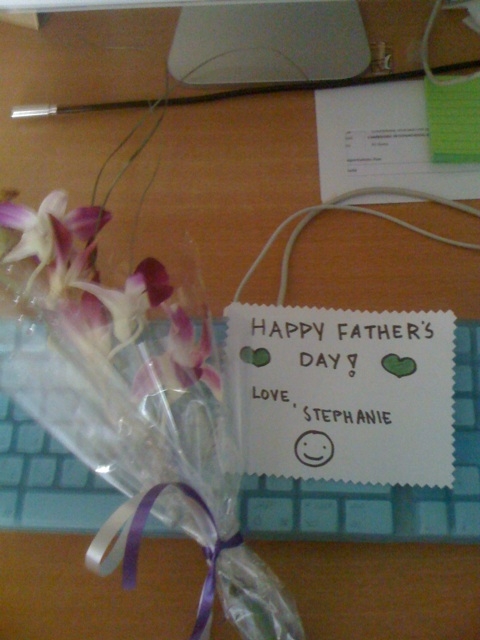 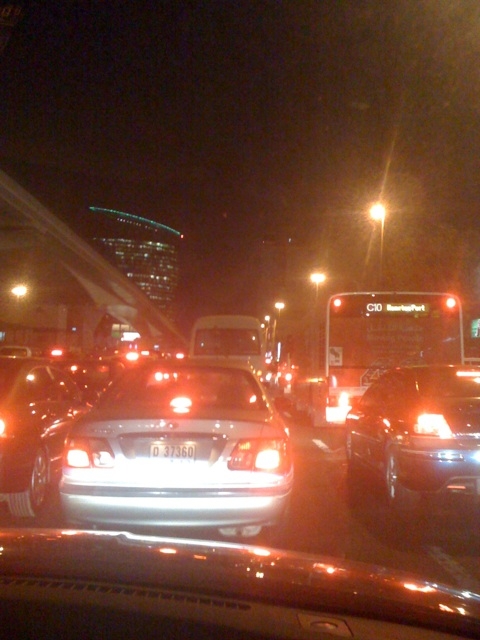