Yesterday was an important life event for daughter, that she was inducted as a Eucharistic Minister in the parish church. Understandably, Mother was quite pleased that, after serving in same role her self for last three years; she managed to encourage daughter to agree to serve. That's said, daughter would be available to serve only during her visits to the church whenever she fly down for her vacations.

As expected, mother has taken a few photos during the induction ceremony and posted in the family group chat for everybody to see. Rather than let them get buried, as it's usually the case with most of the photos taken from her iPhone, I decided to post at least the most important one here. 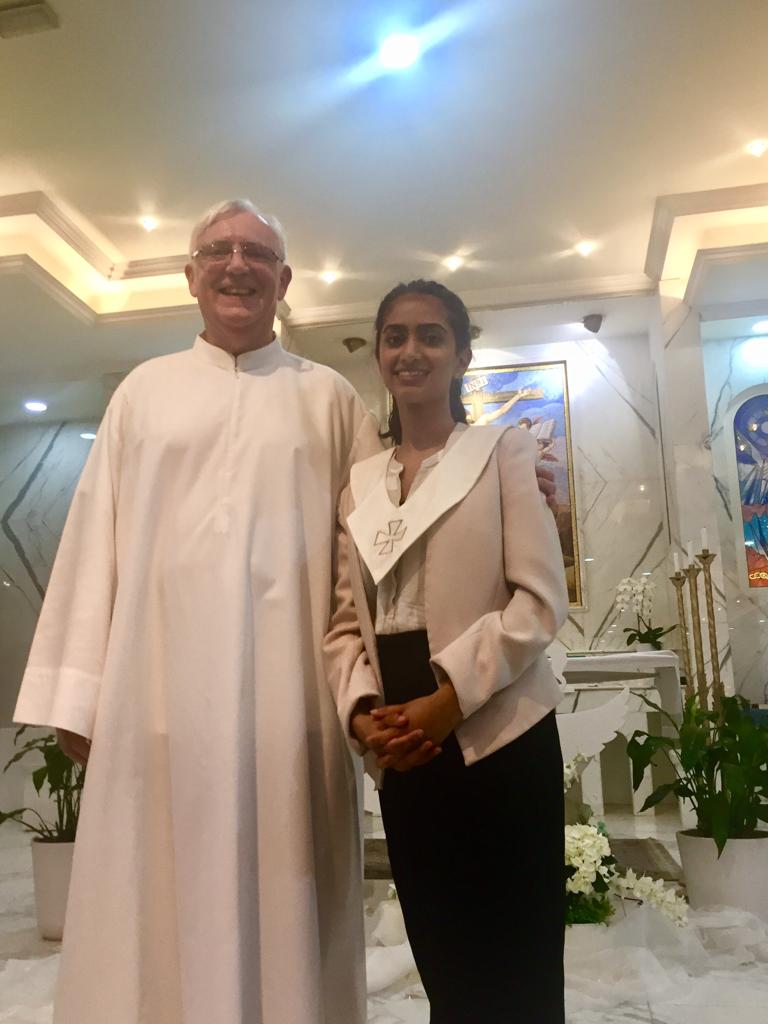