Our friends in the church prayer group do not miss to organize an overnight picnic every year. Intention of overnight picnic has always been bonding amongst people 1 and bringing the group close as a family, which believed to be the very essence of the group centered around love and community.

Usually the venue has always been a nearby state outside Dubai. This year too, the traditional annual picnic was held on March 22nd & 23rd at a farmhouse in the mountain range of off-Hatta. Except a nearby another farmhouse or two and mountains, there wasn't any other property around the visinity.. A great hideout away from usual hassle & bassle. The farmhouse was full of vegetation and a few animals. It was about an hour drive the picnic venue and we arrived there around 11 in the morning. As usual the lunch was traditional biryani that was ordered from a popular supplier in Dubai. Everyone enjoyed the lunch and the desert. After the lunch there were some outdoor games, which gave people to get to know each other and bonding. I particularly liked the game that gave people opportunity to tell the names of other people.

The most prominent event of the 1st afternoon was tug-of-war between men & ladies, which was much fun. With a few strong ladies being present in the ladies department, though there was an expectation that the ladies will win the game of 3, in the end, mens' squad won tug-of-war. 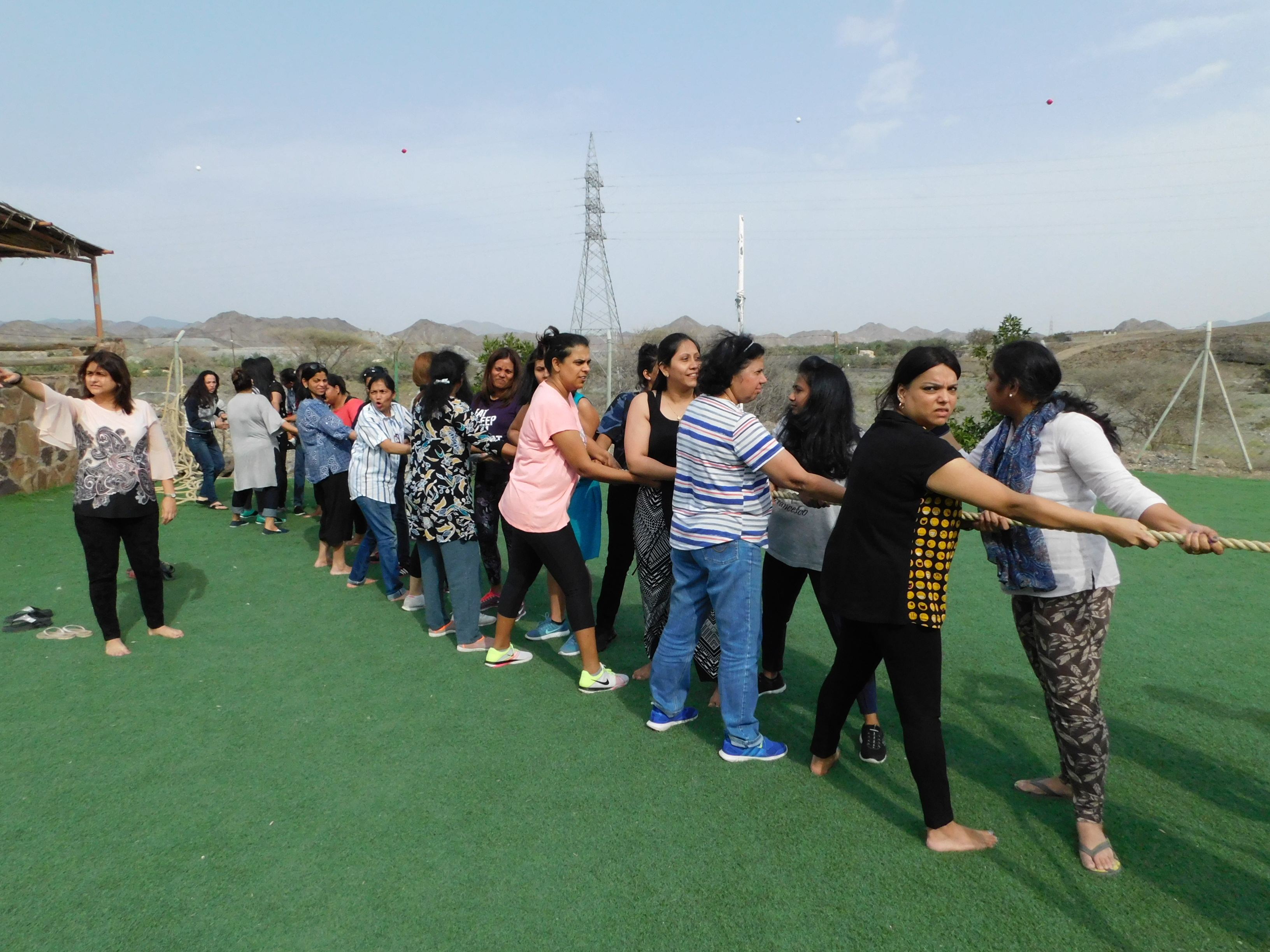 Later in the afternoon, people spent time to their own liking. Toddlers had a dip in the pool, while the grown-up kids, joined by their dads played football in the backyard. Some people just hung around the farmhouse garden. I had joined the group who wanted to go visit another nearby farmhouse.Later in the afternoon, there was a lively session of praise & worship. followed by lovely BBQ. There was also sing song session late into the mid-night. The following day a few ladies in the group prepared the breakfast. The highlight was Gerad & Ruby's (vada)[https://en.wikipedia.org/wiki/Vada_(food] everybody enjoyed. After the breakfast, people participated in the stations of the cross and it was held in the trekking site behind the farmhouse. Later in the morning, people had the opportunity to take part in a few other outdoor games, before the lunch. Soon after the lunch, Mrs decided that we leave back to Dubai, as there were another couple who were leaving, so that we could follow them, as neither Mrs nor myself weren't sure how to drive back to Dubai.All in all, it was a great picnic, which I enjoyed so very much!